Subscribe through iTunes, Spotify, Stitcher, PodBean, or whatever the hell other app you use for podcasts.  Here’s our Facebook page, and we’re even starting to learn Instagram.

In 2002 the FBI made 89 arrests as part of a child pornography investigation known as “Operation Candyman.” Among the people who found themselves on the wrong end of this inquest was Jack Wayne Rogers. When his home and business were raided, authorities found much more than they had expected. In addition to thousands of explicit photographs of children, they found evidence that Rogers had removed and eaten the genitals of several men and trans women who believed Rogers to be a cost-effective alternative to a licensed surgeon. They also uncovered an online conversation in which Rogers, using the handle “Buggerbutt”, related that he had tortured and murdered a young Skidmore Missouri man. The victim described by Rogers was almost certainly a young man named Branson Perry who had mysteriously disappeared a year prior to Rogers’ arrest. Rogers also claimed that this young man was not his first victim.

Is Jack Wayne Rogers a serial killer? Or, does this man with a love for child pornography and severed genitals just have a morbid and overly active imagination. This is what we will discuss on episode 19 of Where is the Line?

Halpern, Ashlea. “Battle of the Sexless
the Plight of Modern-Day Eunuchs, and Why they Come to Philadelphia.” Philadelphia City Paper, 2006, https://mycitypaper.com/articles/2006-04-06/cover.shtml.

We live above the poverty line, but not by much.  If you feel like kicking us a few bucks to keep WITL going, we’d sure appreciate it. 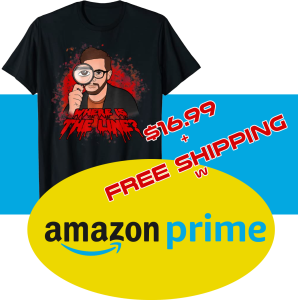